Mahalia Jackson (1911-1972) was one of the thousands of black Southerners moving north to Chicago during the 1920s. She opened both a beauty salon and a flower shop, but her real talent was in singing. Over the course of forty years she became the most celebrated Gospel singer in the world.

The Chicago Tribute marker in front of her home at 8358 South Indiana Avenue tells us a much. What it doesn’t tell us about is the struggles Jackson had merely to live there. 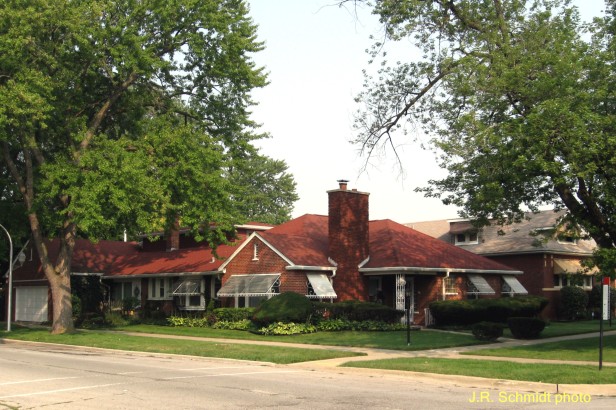 Jackson liked to practice her singing at night while she cooked and cleaned her flat. The landlord complained about the noise, so Jackson saved her money and bought her own apartment building. That didn’t work, either—now her tenants were saying she was too loud.

In 1956 Jackson decided the only solution was to buy a house for herself. Driving around the Chatham neighborhood…